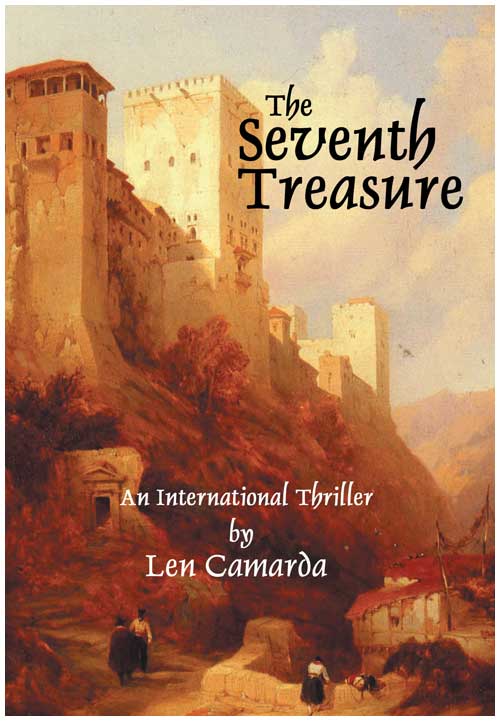 When a young woman is killed in an apparent traffic accident in the mountains outside of the city of Granada, Spain, her brother, who heads the Attack on Principle training unit of the U.S. Secret Service, travels to Spain to bring her body back to America. But just as he thought that this was a simple, unfortunate accident, he, along with a female lieutenant in the National Police Force, discovers that his sister’s death was no accident.

Soon, the consequence of this incident generates a series of mysterious murders that confounds local authorities and shuts down all leads as to why Gina Cerone was killed.

Gene Cerone, after a thirty year career in the Secret Service, retires so that he can participate in the investigation of Gina’s apparent murder. Working with Lieutenant Mercedes Garcia Rico, an attractive, strong willed and competent investigator, the two uncover an unfathomable conspiracy that dates back to the time the Moors surrendered their kingdom in Spain to the Catholic monarchs, Ferdinand and Isabela in 1492.

Driven first by the mission to bring justice to her sister’s death, Cerone is forced to confront a true evil empire, one that could threaten the stability of an allied nation, as well as the security of the United States. Without official sanction from either government, Cerone builds an unlikely support network and investigative team that includes resources from the Secret Service, a Hollywood film studio, the CIA and the Spanish Police Scientific Unit. Innovative behavioral analysis techniques, financial forensics and intelligence systems are used to connect historical events and Arabian fables to crimes and conspiracies of the 21st century.

Cerone and Lieutenant Garcia must decipher fact from fable, evidence from whispered rumors and leads from legends, in order to solve the mystery and stop a silent revolution. In the end, can they convince both Spanish and American authorities that the conspiracy is real and not fantasy?